I had a rare day off while providing engineering support for a customer in Japan in 1995. I decided to see the Sea of Japan simply because I never saw it before. I asked one of my Texas coworkers to join me, but he didn't want to go because I didn't know how to get there; he didn't like the idea of traveling in a foreign country without making plans. To me, the fun part of this trip was to figure it out on the fly. So, I set out on this adventure on a cold, rainy day by myself. I first took a train from my base in Matsumoto City to Nagano, which is in the general direction that I wanted to go. I didn't speak nor read Japanese, so at the Nagano station, I asked a young person for help (young Japanese, especially high school kids, speak English). He pointed me to the train that will take me toward the sea. It was a long train ride through beautiful snow covered mountains & forest; the snow banks in places along the tracks were almost as high as the train itself. I met a new Japanese friend on the train, who help me with the meal service during the ride. He recommended that I get off at the Naoetsu Station. After arriving there, another young person pointed me down a road toward the sea. After a 15 minute walk, I arrived at Funami Park - my first look at the Sea of Japan - near the mouth of the Seki River, in Joetsu-shi, Niigata Prefecture. I enjoyed spending a few hours in lousy weather, walking on the beach, taking pictures with my Pentax point-&-shoot film camera, and had a great meal at a local noodle shop along the beach (grateful for the picture menu!). I actually enjoyed feeling vulnerable & humble while visiting this foreign place - not able to speak & read the language. I didn't go hungry. I interacted with some nice folks along the way. I got back safely to my base city that night. It was a great day off! 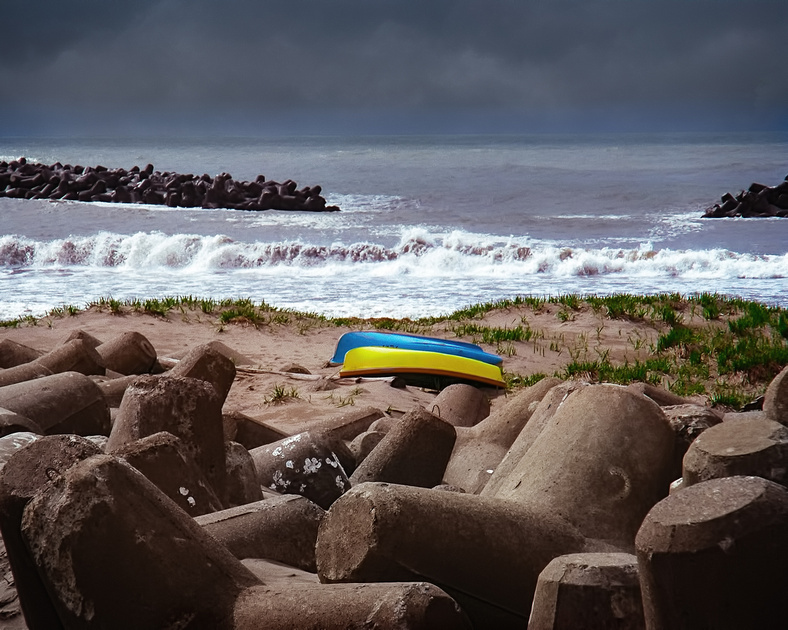